The birth of Project Sulangan

Where and how the journey started…

On the 6 November 2013, I remember I was scrolling through Twitter, when I noticed a tweet from Sky News Break, which simply said ‘Typhoon heading for the Philippines’. At first I wasn’t shocked because this is something that occurs regularly in the Philippines and in the past typhoons have passed by Eastern Samar and at the most it has just been a very low signal typhoon. Sulangan, the village where my relatives live is also a fishing village and so it is located in a bay, often shielding it from the major elements.

I remember texting my parents and brother, who also thought that it wasnt anything too serious. 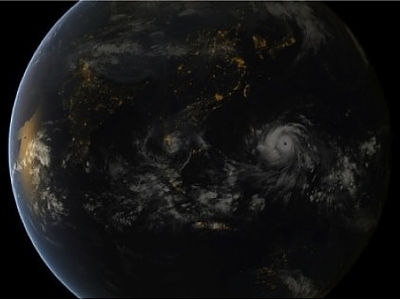 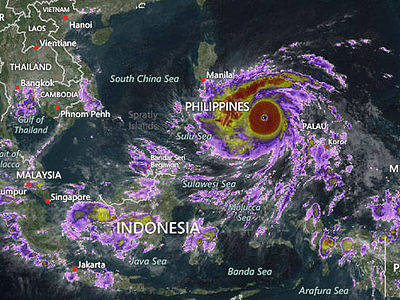 On the morning of 7 November 2013, Typhoon Haiyan (also known as Typhoon Yolanda) was all over the news and was now being referred to as a ‘Super Typhoon’

It was expected to make landfall in the early hours of 8 November 2013. I saw on the News the words ‘GUIUAN’ and also ‘TACLOBAN’. These locations were pin-pointed on the map showing where the typhoon would make its first landfall. I began to worry because Guiuan is our local town just 20 minutes from the village of Sulangan.

I went to law school that day thinking of what might happen and when I returned home during lunch, I decided to ring my cousin Renzie who lives in Sulangan. The phone line was not great, and due to the time difference it was about 9pm there on 7 November 2013. He told me that they were in my Auntie’s house and the wind felt like it was getting stronger and it was hard to sleep but he seemed calm and relaxed and I even remember him reassuring me that it would be fine and they will be okay. We ended the call, and I said I would call him tomorrow. 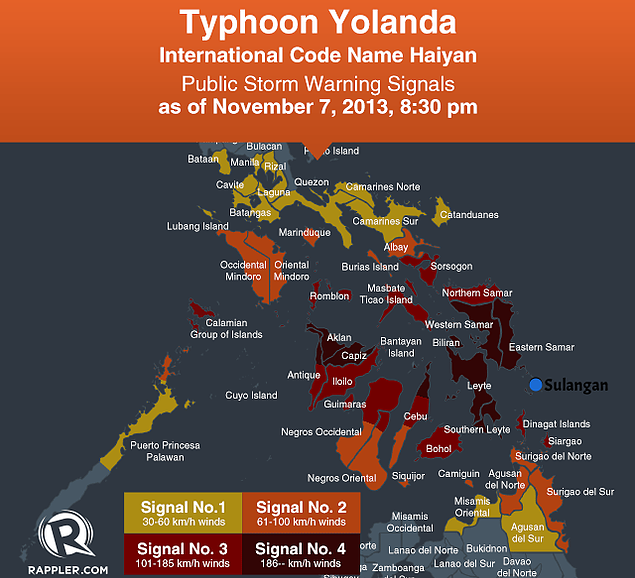 Me and my family went to sleep that night feeling uneasy and unsure about what we would wake up to.

Then on the morning of 8 November 2013 at around 6am, it would have been around 2pm in the Philippines, we tried to call our relatives. The line was flat. We were constantly trying the phones the whole day and the outcome was always the same.

Day two and still no contact, the news was showing devastating pictures of bodies in the streets and streets engulfed by water and people crying out for help.

Day three came and went, still no contact and we began to prepare for the worst, but still trying to hope for the best.

You know, social media is a massive help in so many ways, it can provide you with helpful information, but it isn’t always the information you want to hear…

Then day four came, still no contact and a lack of sleep was beginning to take its toll on us all. We still had no idea whether our family were okay, injured or worse. Then through social media, we were told a video had been posted of an aerial view of Sulangan. The video was taken from a small aircraft a couple of days after Typhoon Haiyan had hit… 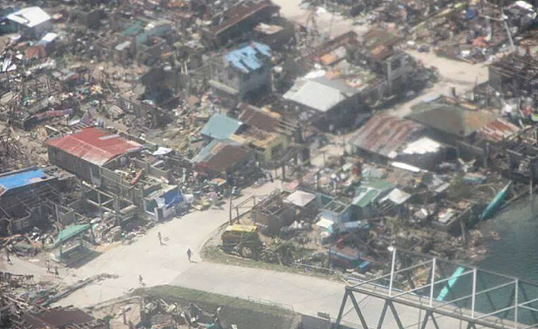 We recognised the bridge in Sulangan, as this bridge was a focal point of Sulangan. We could see the church still standing, but we saw most of the island was destroyed. Whilst the video was not clear, we knew what the island looked like and we knew where places were, and the video showed us that these places were not there anymore. The island was different and had been devastated by the Typhoon Haiyan. With countless relatives and friends living on the island, there are no words to describe how we felt at that moment.

Day five came and we still had no contact with our relatives. And after seeing the video we were at our lowest in terms of hope.

At around lunch time the same day, my dad received an email from a man who was renting our house in Sulangan when Typhoon Haiyan had. His name was Chad, a United States citizen who was on holiday and staying in our house with his family and a friend.

A complete stranger, who gave us hope… 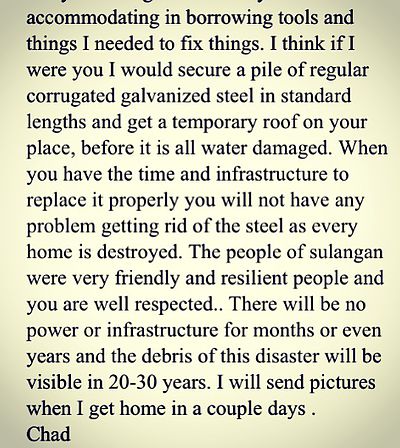 Day five, 13 November 2013 and we heard the news that we had been waiting for. Even though we had heard a bit of good news, the phone lines were still down and we had not spoken to anyone in our family. We had heard stories on the news and social media that there was no aid getting to Sulangan because the road was full of debris and because the village is at the tip of the island, there was no emergency aid reaching them. There were stories of looting in the town of Guiuan and panic had set in, so much so that trucks carrying relief were getting held up. This was not because of violent people but because of hungry and desperate people.

After about 11 days we had heard some devastating news that my mum’s Uncle was unfortunately a victim of Typhoon Haiyan. His name appeared on a casualties list along with three others from Sulangan.

As the days continued to pass, we still had no contact and we were unsure as to whether or not aid was reaching the village of Sulangan, not just food but water too and medical supplies.

After two weeks, we as a family made the decision to go to Sulangan. The phone lines were still down and the question of our relatives surviving Typhoon Haiyan was no longer on our minds, but surviving the aftermath was.

I took emergency leave from law school and my brother took leave from work. We left England on the 6 December 2013, and our parents would follow two weeks later. Not having a full proof plan or any definite contact when we got there, all we knew is that we were going to help.

We spent five days in Manila gathering relief, from canned goods to toothbrushes to footwear and transported this in the under carriage of a coach, so that it would not be discovered by potential looters. Once we had loaded the hundreds of goods into the coach, we then made our way to Sulangan.

This was our journey and our trip of a lifetime…